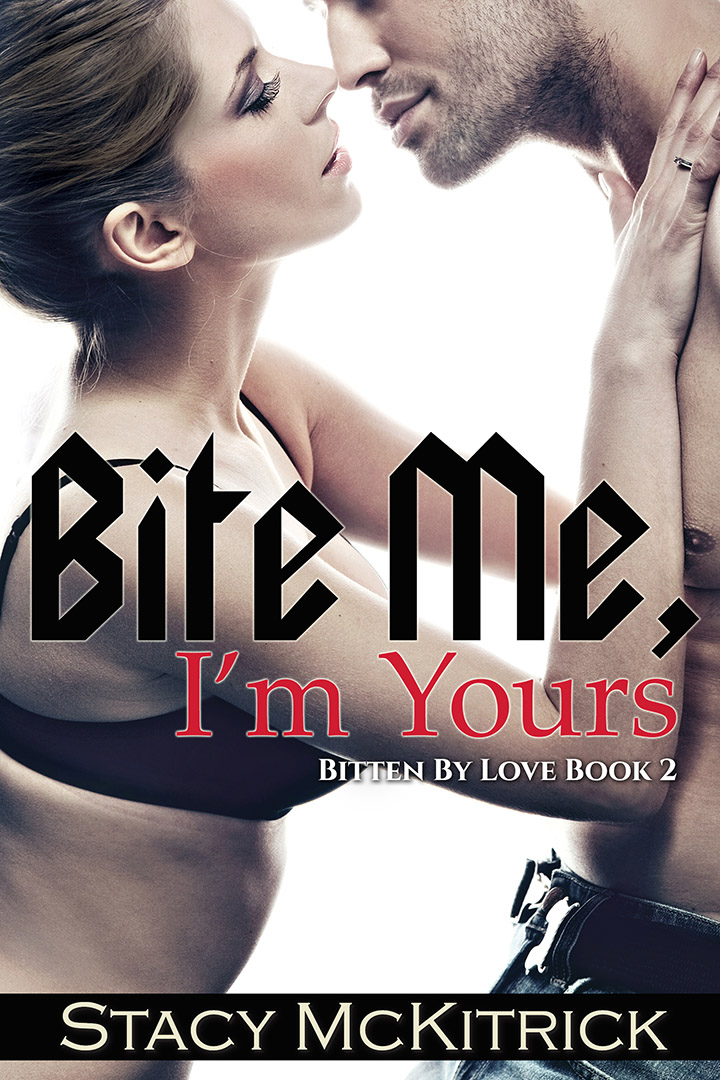 Bite Me, I’m Yours

Sarah’s life isn’t going well. She’s divorced from an abusive jerk, been drugged, stuffed in her trunk and nearly kidnapped. Between that and a harsh winter, it’s almost more than a girl can take. She’s rightly distrusting of any man’s affection, so an ice-skating date with John – who doesn’t seem to feel the cold – isn’t exactly on her bucket list. Yet something about him captures her attention.

John is determined to live as an ordinary mortal. He’s moved into the city, bought a sports bar and works there as the bartender. As a new vampire, he’s never considered dating, until he meets Sarah. Prudence dictates he stay away from her, but everything about her calls to him…right down to her cute animal socks.

Sure, finding out John is a vampire is scary, but Sarah’s learned not all monsters have fangs. Besides, someone else isn’t too happy about their budding relationship. Sarah will have to survive before getting her chance at love.